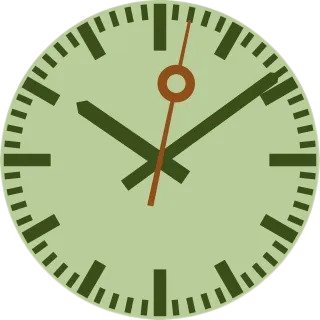 Why I did it is a whole other story, but I used to teach 9th 10th, and 11th-grade boys. In two Yeshiva High Schools.

Ok, teach might be a strong word. You might call torture, or probably more aptly, glorified babysitting where I entertain young adults while attempting to maintain order and convey some information that they’ll find useful enough to pay attention to. For 40 minutes.

I know what you’re thinking. Good luck with that!

So it takes some creative manipulation of Science, Technology, Engineering, Physics, and Math to hold their attention each week, while hopefully improving and building on their knowledge of the subject matter each week.

Hey, they didn’t fire me, so something must have worked.

I guess I was a pretty expensive babysitter. But in all seriousness, I did enjoy doing it. Most of the time. I also gained from them. In some cases, a bruised ego, and in others, some enjoyable back and forth.

The expression in Pirkei Avos states “Umitalmidai Yoser Mikulam”, and from my students, I learned more than from anyone else.

So when the subject matter captures their interest, the questions come flying fast and furious, usually necessitating me to have to research the material further to get a deeper understanding and give them some real answers.

A common denominator of many of our classes not surprisingly was Elan Musk, largely known as a major disruptive force across multiple industries.

His electric vehicle technology took the world by storm. Despite setbacks and delays, the company is producing and innovating at such a rate, that Elon recently surpassed Jeff Bezos of Amazon fame’s wealth to become the world’s richest billionaire.

And Tesla only turned its first profit in the second quarter of 2020! That’s an incredibly wild statistic, considering.

The man seems unstoppable, merging technologies from his energy business with solar power, self-driving tech innovations, and mega-production plants at a pace that is almost frenetic.

When he founded SpaceX in 2002, would anyone have believed that in a few short years, he’d have his own rocket plant, create recoverable rocket launchers, and surpassed all of NASA’s 135 space missions by number in all their years of operation!

It reached a point where SpaceX holds multiple NASA contracts to deliver both humans and cargo into space, and the company is less than twenty years young!

Elon’s lesser-known start was his 1999 founding of X.com, which shortly merged with the better-known money transfer company Paypal. By 2019, his name was world-renowned for his many other world-altering achievements.

Unorthodox by nature, why he created the world’s most successful electric vehicle company is understandable. Its user-friendly, cool designs coupled with his unending quest for perfection and the novelty of a concept that could affordably compete with the big boys, made the world stand and take notice. Add in the “Go Green” movement, and the recipe for success took off.

So much so, that when he unveiled his Cyber Truck electric pickup, and accidentally smashed its purportedly armored glass on stage at the launch, he still received 146,000 pre-orders in the first day and a half!

And when we had a class on his new Intergalactic Starship that is in its ninth-generation, of design and testing, the best line was said by one of my students in a burst of quick-thinking wit.

I had asked my class, why do you think Elon created SpaceX, for heaven’s sake?

Without batting an eye, the student answered: Exactly. For heaven’s sake.

In fact, successfully ensuring that your next kosher vacation is smooth, relaxing, and without any unpleasant surprises is really quite easy to achieve.

Simply reach out to the company that has disrupted the kosher vacation industry, making hotel stays and futile kosher vacation rental home searches on the likes of VRBO and Airbnb obsolete.

With over a decade of experience in the kosher vacation rental business, you’ll agree that there is no better way to go.

Now you know, so make Elon Musk proud and see you at one of LuxuryKosherVillas.com luxurious kosher vacation rentals in New York, New Jersey, Florida, South Carolina, and our many other exciting locations very soon.